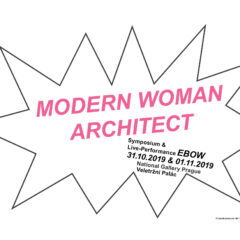 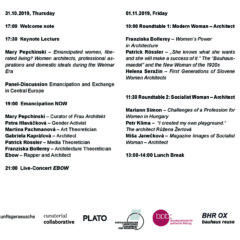 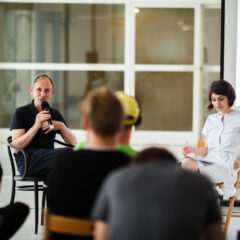 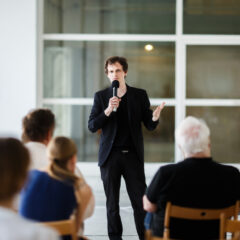 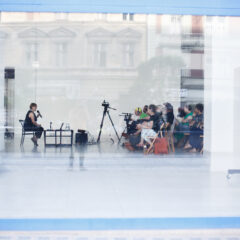 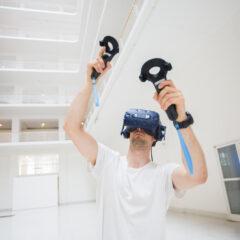 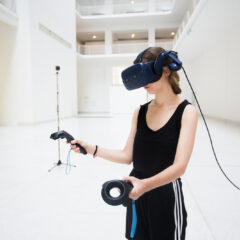 A Central European festival exploring Functionalism and Bauhaus in the context of the development of the modern state and the accompanying movements of social and women’s emancipation.

Celebrating the centenary of Bauhaus, the transnational re:bauhaus festival explores the origins of modernism and its linkages to Functionalism and Bauhaus in Central Europe. The festival commemorates 100 years of Bauhaus by examining the societal developments taking place at the time of its birth, including the movements for social and women’s emancipation. In addition, the festival investigates the development of the modern state through the examples of the Weimar Constitution and the Czechoslovak Republic. re:bauhaus adheres to the principle of dialogue and stands for mutual cooperation among network partners to promote a truly transnational perspective.

The joint project is initiated by the Goethe-Institut in cooperation with bauhaus reuse, curatorial collaborative, National Gallery Prague, PLATO Ostrava and zukunftsgeraeusche. Supporters include the Czech-German Future Fund, German Federal Agency for Civic Education, Federal Foundation of Baukultur, Ministry of Culture of the Czech Republic and the Statutory City of Ostrava.

The topic of the two symposia Modern Emancipation and Modern Woman – Architect is the development of societal emancipation in the context of modernism over the last 100 years, with an outlook on the future. The symposia form a thematic link, its initial line of thought being the emancipatory potential of the women’s movement and protagonists of modernism during the transition from the nineteenth to twentieth century and in the 1930s compared to the protagonists of the post-war period up to the present. The topic examines the pioneers in politics, science, art and architecture—in Functionalism and the Bauhaus—and these people’s roles, efforts and successes, with examples from the Czech Republic, Germany and Central Europe. Emancipation was initially reflected in the introduction of women’s suffrage in 1918 in Germany and 1919/20 in Czechoslovakia. The constitution of Czechoslovakia broadly established equality between men and women, whereas the Weimar Constitution referred only to “essential” equal rights. Alongside this, equal higher and artistic education was endorsed for the first time. These developments are exemplary in the role women have played in modern architecture and the Bauhaus and complement the 100th anniversary of the Bauhaus.

The symposium Modern Emancipation was held on 06.09. 2019 as part of the Bauhaus Week Berlin 2019 at the bauhaus reuse (festival headquarters of Bauhaus Week) in Berlin. Symposium Modern Woman-Architect is held 31.10.-01.11. 2019 in the National Gallery Prague.

SYMPOSIA BAUHAUS AND FUNCTIONALISM I & II

Bauhaus and Functionalism I & II dealt with the development and social identification with the modern age and its reception in Central Europe. The Bauhaus and Functionalism I examined the reception and interpretation of the emergence of Functionalism in Czechoslovakia in the interwar period and connections with Bauhaus in Germany. The leading theorist of the modernist avant-garde Karel Teige and his teaching at the Bauhaus are ideal examples of networking between these countries. The question of the current reception of architects on how to handle the established legacy of modernism was discussed by the prominent German architect Volker Staab.

The program was complemented by the “Virtual Bauhaus” preview, an exhibition in virtual reality about the German School of Art and Design presented by the Goethe-Institut on the occasion of the centenary of the founding of Bauhaus.